Riding a single speed is such a refreshing, pure experience. Rarely do you feel like you have the 'wrong' gear, and more than not, you actually can ride more efficiently without added mechanical advantage. With a freshly mounted set of Dugasts, some strong legs, my brother in-law was in for a tough ride.

The ground was still fairly frozen, making for a frim and tacky ride, 25lbs in the front and rear tubulars made for superelative traction. Feeling punchy, the climbs were gobbled up with small accelerations, and the descents went by in a blur. as the ride wore on, the ground began to soften, and in areas exposed the solar gain, where sloppy mud bogs, splattering both bike and rider full of mud.

Each acceleration from the one was met with counter-resistance from the other, and with the passing of each surge, it came clearer that my 'schwager' wasn't able to hang on. It did not matter who was stronger that day, we both had good digs at the other, but in the end, we enjoyed the other's company and more so that extra push on a great ride.

Here are some pics of my dressed up single speed following the mud-bath: 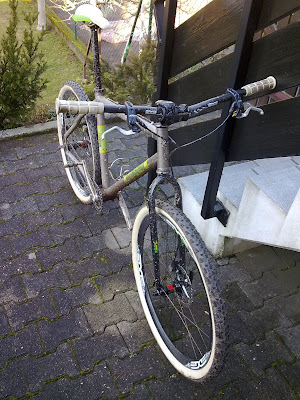 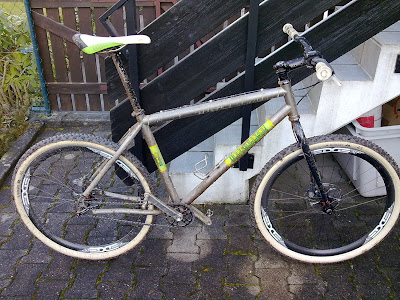 The best bike I have ever owned 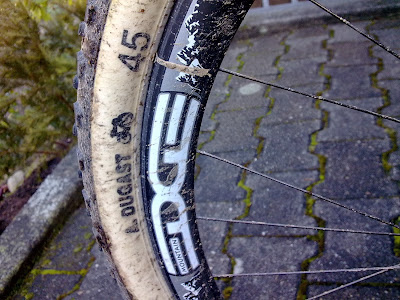 A combination made in heaven 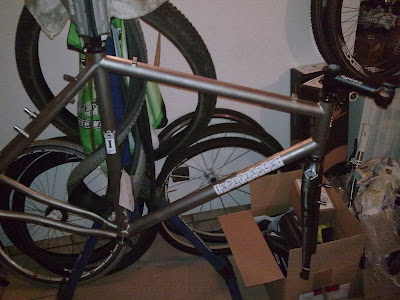 And now the forecast... 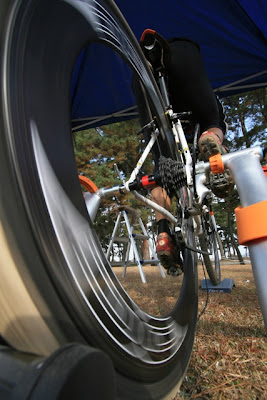 The wheels are spinning

Almost a month in 2009 and my go-to blogs and online journals are a buzz with plans, resolutions and to-do for the last year in the first decade of the new millennium. There are some really cool events out there to consider, one that stands out to me is the Single Speed Worlds in Durango. Having ridden many of those trails, been a force in the Colorado single speed myself, it would be something that is a no-brainer, but life keeps me in check. A trip this spring back to the high-altitude Colorado desert with fam and my 29er would also satisfy my appetite for primetime singletrack (ie Cortez, Fruita, Eagle and Carbondale all make the list).

Another event on our list if the Bike Festival at the Gardasee. For ifbikes.de it is a great consumer event, and for Sandi at least, a cool marathon. The EHBS is another must for us, we will be showing off the delicious line-up of ferrous and not-so ferrous IF-creations from Sommerville, MA. Topped off with a night ride on Saturday eve in cooperation with Waridi Sport Lights. We will also be showing a Limited edition IF bike, only 20, so get you credit card warmed up and stay tuned for more details… 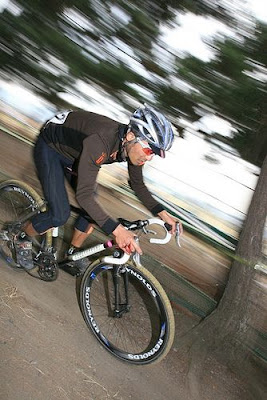 I haven’t, go check out IF’s Japanese frontman and Rapha stewart, Dice-K's Flickr page. His booth for the Japan show was the absolute best I have seen and is what we want ifbikes.de to become. The bikes he had on hand, where nothing short of stunning and beautiful. Dice-K has long been a fixture in the cycling industry, beating the pavement for companies like Cateye before doing it for himself as the IF and Rapha rep in the land of the rising sun. 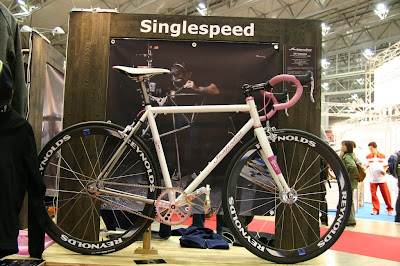 Besides the above mentioned events, we are looking to open a showroom in a soon to be named location, and continue to build the brand. We have our eyes on several of races and consumer events, and are courting a couple of new companies to fill out our product offering. The ifbikes.de website is slowly getting a makeover, and we will also be updating the Crossracer.eu site for our two race events we are organizing, a Hochspeyer MTB race June 14th as part of the Saar-Pfalz Cup and our second annual Hochwald Milchideen Crossduathlon.

2009 looks to be a promising year despite the gloomy economic forecast and other world issues, but I think things will be just fine – think positive!
Posted by 34x18 at 11:54 PM 3 comments: 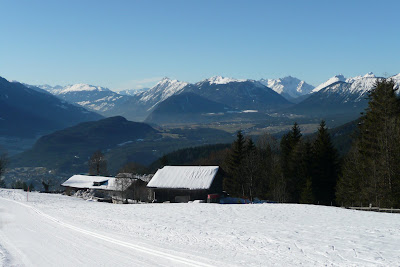 Once and while comes one of those few times in racing and in training where you have a great day physically align one with external forces that produce a high like no other. They are tattooed forever in your memory bank often providing the motivation to train and perform just so you can reach that high again.

During our visit to Seefeld, Austria and the Olympic nordic skiing region over the holidays with Sandi and Colin, we planned 7 full days of nordic skiing and training. Armed with our quiver of both skate and classic gear along with a Chariot equipped with skis, we were ready to explore the nearly 300km of trails in the valleys and mountains of northern Tirol.

Many top pro's utilize nordic skiing for training, and for good reason. It pushes your conditioning and power to the max. Throw a 30 lbs in a trailer in tow, and you know you have done some work. Our first few days there were spent exploring the trails in and around Leutasch often skiing between 2 1/2 to four hours, two of those days were pulling Colin. The sauna and a ritual of big breakfasts and lots of coffee were my ways of battling fatigue. On the fifth day we drove over the Seefeld proper to ski the black runs and the World Cup course, where the soon to be held Nordic Combination World Cup will be held. (BTW. an American Bill Demong is at the top of the rankings, and a bonus for us is that EuroSport carries all of the nordic action from biathalon to Tour de Ski so we will be able to catch it on TV).

Heading out on the the World Cup loop on my own, I was feeling a little sluggish but was able to eventually open it up. Zipping along about 10k in, I passed two skiers on the flats who were moving at a good clip. Having to stop to check my orientation, they came back by, and I would fall in behind them for the long steep climb.

Like in cycling, we skied together in rhythm, pacing up the climb. First taking up the rear, I assessed the other two nameless and obviously very strong compatriots. The lead skier had a strong, clean technique while the second was also efficient but close to his limits whenever the trail turned upwards. Eventually the stronger of the two lifted his pace to the point where the second skier and myself slowly drifted backwards.

Content to sit in, I waited to see if we would bring him back, but it slowly came apparent that would not happen. and that is when I went. Leaping past the second skier on a steep section, I quickly dropped him and began chipping away at the deficit before me. Stronger on the false flats and descents, I brought the first skier back. As we hit the last steep sections of the climb, full of sweat, and a pounding heartrate in my ears, I was in the lead skiers shadow, and wasn't planning going anywhere.

Checking to see if I was his friend in a heavy Oestereicher dialect, I answered nein and it was game on. The pace went up with the final steep grades of the climb, and I was doing all I could to hang on. Fully between somewhere of agony and a trance, I was just following the tempo of his skis. Just at the top my grip was broken and a few meters between us opened up as we coasted down a little and on to the flats on top of the plataue. I was quick to thank him for an awesome ski up and he invited me to continue on with the two, and I graciously accepted. We flew around on the trails on top, taking turns pulling and setting pace, all the while I had an ear-to-ear smile and enjoyed the company.

With wife and child waiting below, I bid them Servus and thanked them again as I peeled off for the descent back down. High on a great ski, I had to return focus on some of the most technical descents I have done on two skinny skis in my life. Deaf with the loud rush of wind in my ears, I got a glimpse of someone from behind. Giving way, two skiers blasted by, it was Anette Henkle, World Cup German biathlete, and her male training partner. I quickly latched on for one hell of a ride on the descent. It was great to follow them and to see their lines down. Believe me, television does little to convey the speed and precision of top nordic skiers on a descent. It was nothing short of beautiful and scary.

Good news was, I was able to stick with them on the descent even on the short punchy climbs. The descent finally dumped us out on the lower loops where i just cruised back to the car. It would have been an awesome day had I just skied with my two new Austrian friends to the top, skiing with Henkle on the descent, was just icing on the cake.

This was one of those memorable days that will keep the fire burning for some time to come. For that matter, so was our whole trip which was then capped off with two more days of pulling Colin, logging many more km's and hours of training. Exhausted and sore, it is time to pull the single speed out, and ride towards that next high.
Posted by 34x18 at 9:59 PM 5 comments: