Our good friends down in Italy have been up to it again, a full-on single speed cyclocross series where the name of the game is fun! Not too mention some serious racing in the mud. Stefano Spedini, the godfather of the one-geared mafiaoza in our southern neighboring land, also happens to be the kingpin and mastermind behind this series. Speedo also happens to be a proud IF owner and founder of some of the finest threads out of Italy. 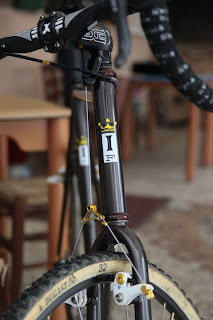 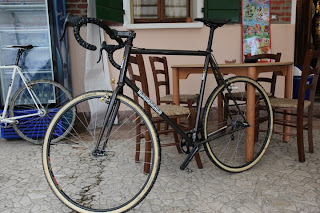 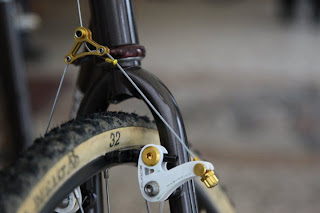 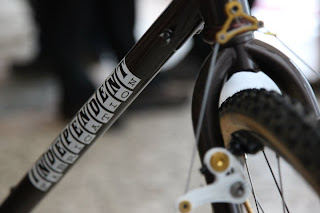 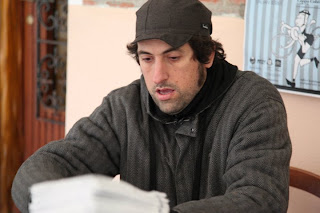 Don't know when it happened, but it did. I am a changed rider. My M.O. was always to go out fast and try to hang on to it. Sometimes it worked, sometimes not. A few times earlier on I sat in and waited to see how the race would unfold - those turned out to be some of my most memorable days on a bike. 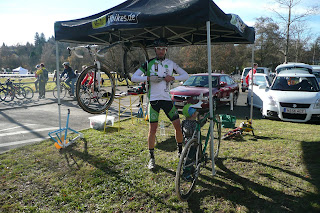 A couple years out of the game, riding for pleasure and running business, I find myself slowly making the foray back into competitive cycling at a higher level. But this time around my perspective is different, I feel more secure in what I am doing. Not that I am confident or think I will succeed, but I am OK if it doesn't happen and with that come some inner tranquility. Also I feel a mature strength and confidence in my riding skill that wasn't there before. I am a stronger all-around rider than I was before - not as fast (yet), but better.

With this I have been campaigning at cyclocross races across Germany this fall, and to date with mixed success. Despite poor starts and an off day or two, my results have been OK, but still not what they were. So heading into the Cyclocross in Vaihingen (Stuttgart) I wanted to have a strong race and see what my true potential at the moment is. 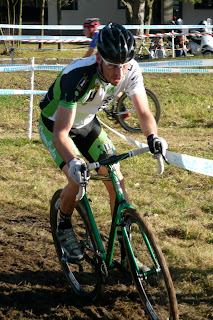 Having picked a spot on the front row, I was ready to do battle, but the BDR commissar was not happy that more than 8 riders were lined up in the 8 given slots. After some dumbs stares and mumbling, I gave up my spot knowing the race would not be won into the first corner despite the efforts of others. Once again my plan was to sit in and see how the race unfolds. Sure enough off the start several charged off the front, and I slotted in around 15th or so.

Quickly the field stretched out and within a half a lap, the pretenders were sorted out from the contenders. Now I was sitting in 7th on the back of the front train. They started the Juniors, Elite Women and our group, Elite 40+. The youngsters were leading the charge and I was happy to let them do the work. Around lap 3 the gas went out and it seemed no one wanted to push the pace, being the only 40+ rider in the group, it was in my interest to keep the train moving keeping the other 40+ out of the ride. So I pushed forward causing a stir and the group and quickly the pace went back up. The result was a split in the group and I found myself with two others going off the front, but once again I sat in letting them lead the charge. Don't get me wrong, I was working, out of the saddle out of every corner, mashing the pedals on the climbs, taking risks going into the barriers at full-speed. It was by no means a free ride. 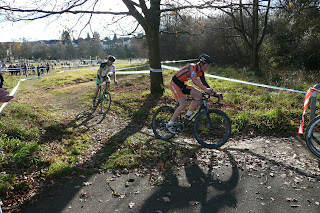 The laps peeled off and we were flying, then one of them flatted, I told him not to give up and try to come back on given the large gap we had. Meanwhile the lone Junior and myself swapped breaking wind at the front, putting on a great show for the crowds around the course. It was great to be recognized and cheered on by so many people around the course - thanks to all all who fired me on during the race! 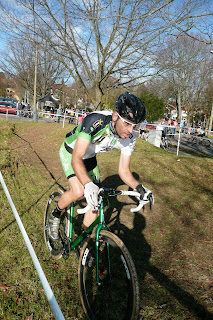 With 3 to go, I suffered some side cramps and had to get out of the gas a little, this opened up the gap a little. I was trying some deep yoga breathing to get things back under control and slowly was able to get back down to business by the end of the second to last lap. But the damage was done and not matter my efforts, the Junior rider would solo in for the overall win. My consolation was a strong 2nd in the overall and winning the 40+, I was as much amped as I was relieved. It was a great day in the saddle and even though I turned myself inside out, it felt great.

Still not where I was when I was at the top of my game, but the spark is there, and so far it has been a positive experience. The plan is to keep going and see where I can take it, with some goals along the way and will surely be an adventure.
Posted by 34x18 at 12:23 PM 4 comments:

Here are a few rides we have built for some customer that are getting pedaled around here in Germany:

First up the man Carsten Winkler and his Planet X single speed. Classic & yet stylish build. He is also our tattoo man, you can see his IF tattoo in our current catalog. 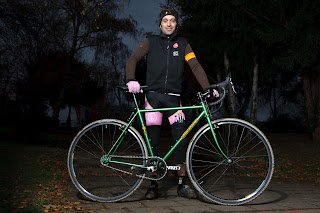 Another classy Planet X done up in Omaha Orange and White panels belongs to Martin Gilluck. Martin is one-half of the ertzui equations, those guys responsible for our oh so awesome Cyclocross flick. 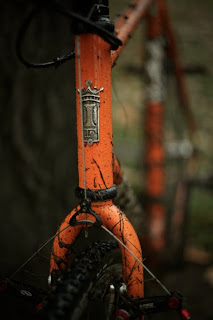 Okay, so this is not a customer's bike, but happens to be my own (re)new(ed) spielzeug. 3 years and a few paint jobs (we keep freshening this one up for the shows) and she still looks great. Probably better than ever in Pink. The frame is a one-off Factory Lightweight steel Deluxe and the complete bike comes in at around 8kg. Grrrrrrrr...... 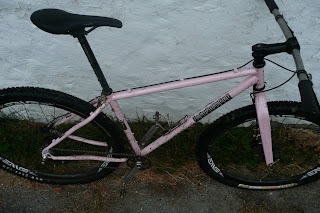 This is Joerg's Deluxe. It is bad ass. Nuff said. 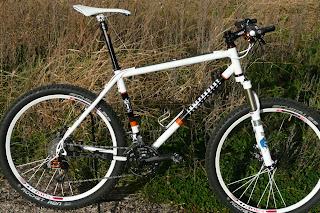