Welcome Geekhouse to our offering of handmade works of art to be ridden. We are proudly representing the brand from Marty Walsh in Central Europe and will have two of his beautiful frames on hand in the near future. 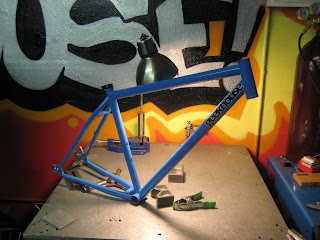 Spring in the SW

About this time back in my past life in Colorado, while full in nordic/ winter sport stride, thoughts began to drift from the trainer towards the warmth of the desert. Fruita, Moab and Cortez offered up some great early season riding and some tanning time for those pale legs. Here is a sampling of that riding poached of my old friend and coffee junkie Jason Grove of ElCamino Fab MySpace page... I belive this was shot near the OTE Sports shop in Hurricane UT. 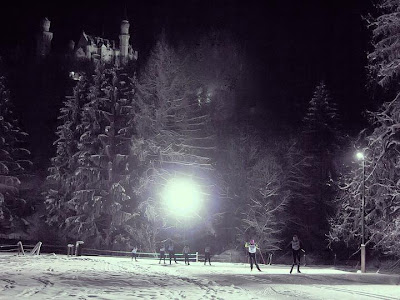 Lead group under the lights in Schwangau

﻿Sandi & I decided to jump into the 2 annaul Skate Night, a night skate skiing race on the lighted loop in Schwangau, at the base of the famous Neuschwanstein Castle. The local sport club puts it on as a fundraiser for local charity, donating 1 EUR per lap from each participant who try turn as many as they can in one hour. This year's edition drew out 122 skiers from ultra-fast to the average hobby skier.

With our first ski-marathon just two weeks out, this would be a great tune up for that along with being a good time racing at night. The 1.5km loop starts off flat for about 100m before going up for short bit and then dropping down into the valley. A ninety-degree bend at speed at the bottom of the first descent has you dancing the skis around the apex and pushing you back to the outside of the track, milking the speed on the next short rise before dropping all the way down into the valley. Through the flats there are some small rises and rollers as you wind around the valley back towards the start/ finish area. A long climb with a a steep section at the end is the last bit on the lap before leveling off and heading back into the start/ finish chute.

The tempo started out easy enough, I was sloughing off not too be out front at the start, but suddenly the pack started to swallow me from behind, so throttling it it I started to try to move up before the first descent and be in a good spot for the fast sharp first corner. Tucked in around eighth, I drafted the first half a lap comfortably, but then daylight started to open a few skiers ahead, and not wanting to be left behind, I jumped out of line and bridged up. We hit the final climb for the first time, it quickly sorted out the contenders from the pretenders, and people were quickly shelled. I made it over the top in fifth and in contact with the lead group.

Things stayed this way for the next couple of laps, before some attacks went off the front. A group of three went, and I was not closing this one. Rather was settled into my pace and would wait and see if they would come back to us. A couple of laps later, one of the three did come back, and we formed a group of three in the chase group with the two about :30sec up on us.

We were making good pace lap after lap, I would pull on the climbs and one other guy pulled on the flats, the third I honestly don't think he could do much and was just hanging on. The climbs was becoming more and more difficult to navigate with the back markers clogging up the lines, and with two to go one moved over right into my line, hanging me up long enough the other two got away. The chase was on. The next two laps I was drilling it to get back on, and I made it at the base of the final climb before the finish sprint. I knew if I wanted 3rd, i had to go and not wait to recover, because there was not going to be enough time. So I tried blowing by them but they both sat right on my heels and went back by at the top.

I would come in 5th, which was awesome for me. I skied exactly how I planned to, up front all race and finished in the top five as I had wished. It was also a super result considering the level of skiers there, former Olympians and National skiers. Best of all it was a fun course, tactical race and some great racing. At the end my HRM read avg = 176 max = 190. 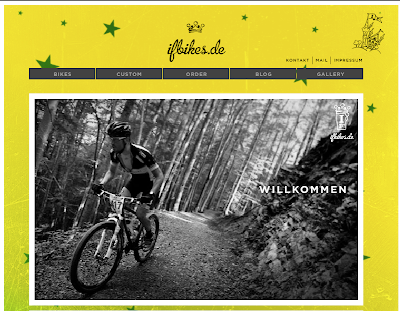 We are live with the new and improved www.ifbikes.de site. Check it out, take it for a spin and tell us what you think. 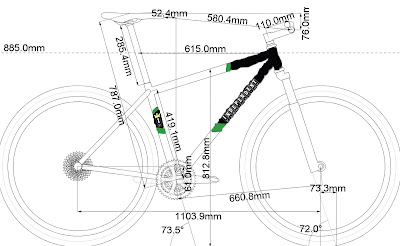 Another year, a new decade and we continue down the road where it leads no one knows. We had a great time during the holidays, some biking, some skiing and lots of playing. We try to tune Colin in to the European and American cultures and traditions which can be a challenge. But he takes it all in stride and does well with all of the activities and ongoings. He wished for a bike this year with no influence from me...but then again I am not surprised because that is what mommy and daddy do - a lot! But I have to admit there was a bit of pride when he would answer the all to often question "what did you wish for Christmas Colin?" An immediate, firm answer was "a bike." He got his wish, a Laufrad (walking bike) and he has been cruising our apartment since. Can't wait to get him outside this spring. 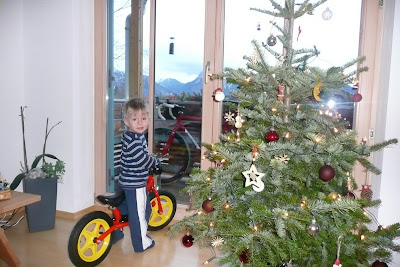 But I want to ride outside

ifbikes.de had a great year in 2009 and we are off to a great start in 2010. Lots of really cool bikes in the system right now and some sick builds happening around here. This Crown Jewel we are doing for Alek almost makes me want a road bike...almost. If I would, it would be something like this though for sure, absolutely gorgeous! 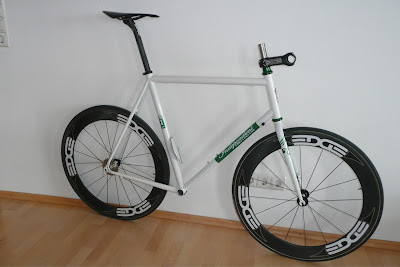 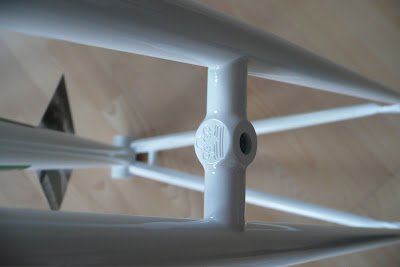 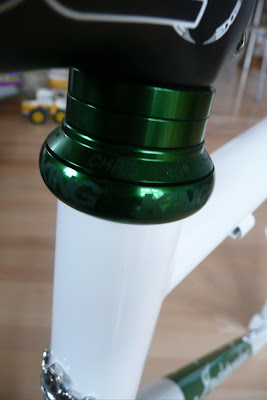 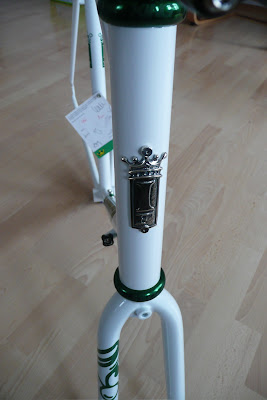 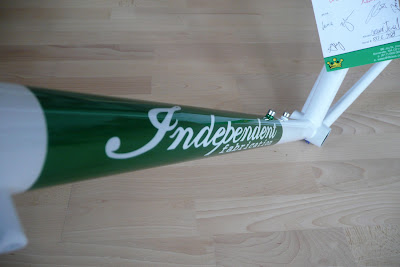 LaMarzocco will be giving us a sweet espresso machine for events in 2010, we will use it at special dealer and larger events and festivals. We are getting the Linea which is a Barista's dream. Add to that we will have some of our own coffee roasted for us by Speicherstadt, we will have some great espresso and brews for IF fans this year! 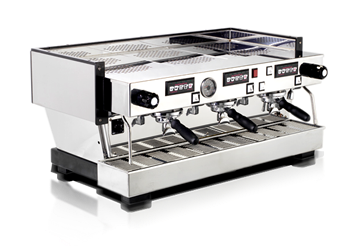 Linea - a handmade, stainless steel work of art that happens to pull some of the best shots.

Final touches are going on our website and 2010 Team kit, we will be stylin' for sure this year!